June 2019 (City & State NY) — June 2019 marks the 50th anniversary of the Stonewall riots, a turning point in the fight for LGBTQ rights. Five decades later, the LGBTQ community has accomplished a great deal. Same-sex marriage is the law of the land. The NYC Pride March, the featured event at the 2019 World Pride celebration, has gone mainstream. Coming out is now a choice that many – though not all – can make without fear.

On the front lines of these battles are countless individuals who have stood up for their rights. The Pride Power 100 list recognizes the most influential figures in the LGBTQ community here in New York, where the fight began. 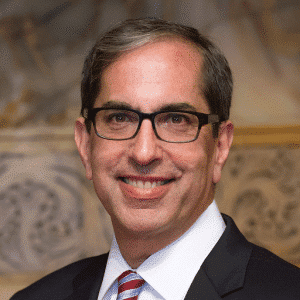 The state Senate confirmed Paul Feinman to the state Court of Appeals in 2017, making him the first openly gay judge on the state’s highest court. A progressive judge who spent 20 years on the bench in New York, Feinman made headlines in 2011 with a ruling against a firefighter suing to stop the construction of a mosque at ground zero.

His appointment was lauded by LGBTQ advocates as redress for the Court of Appeals’ 2006 decision in Hernandez v. Robles, which found no constitutional right for same-sex couples to marry. “My entire career has been about promoting equal access and equal justice for all, and I hope I add to the diversity of perspectives that the court considers,” Feinman said during his confirmation hearing.

Feinman grew up on Long Island, the son of a business owner and a bookkeeper. He graduated from Columbia University in 1981 and earned a law degree from the University of Minnesota. 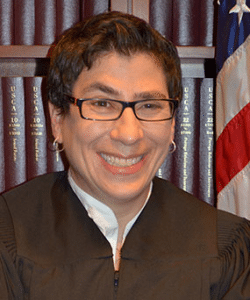 In 2011, Alison Nathan became the second openly gay woman to serve on the federal bench, after Judge Deborah Batts, and in what is arguably the country’s most influential jurisdiction. A former adviser to President Barack Obama, Nathan recently made headlines when she ordered Elon Musk and the Securities and Exchange Commission to settle a dispute over Musk’s behavior on Twitter. She began her career as a clerk for U.S. Supreme Court Justice John Paul Stevens.

Nominated by President Bill Clinton in 1994, Batts became the first openly LGBTQ judge on the federal bench. In 1984, she joined the Fordham University School of Law as its first African American faculty member. She has presided over several high-profile cases, including a lawsuit against former EPA Administrator Christine Todd Whitman, who was accused of failing to inform New Yorkers of the health risks of returning to their homes after the 9/11 attacks. 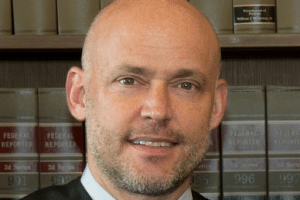 In 2011, J. Paul Oetken became the first openly gay man on the federal bench. While Deborah Batts’ sexual orientation was not mentioned during her confirmation hearings in 1994, nearly two decades later Oetken brought along his partner to the hearings. “When Paul becomes Judge Oetken, he will be living proof to all those young lawyers that it really does get better,” said U.S. Senator Charles Schumer before Oetken’s nomination was confirmed by the Senate. 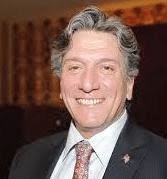 In 2007, former Assemblyman Matthew Titone became the first openly gay public official elected on Staten Island, New York City’s most politically conservative borough. Last year, he made history again as the first openly gay Surrogate’s Court judge elected in the state. “Who would have thought an openly gay, liberal, Democrat like me would win an island-wide race?” he said the night of the election, according to the Staten Island Advance.

Ronald Richter has fought for children’s rights in and out of government – as a Legal Aid Society lawyer, as a state Family Court judge overseeing child welfare cases, as the commissioner of the New York City Administration for Children’s Services, and as the leader of JCCA, one of New York’s largest child and family services organizations. As the father of an adopted child, Richter is outspoken in supporting LGBTQ foster and adoptive parental rights.