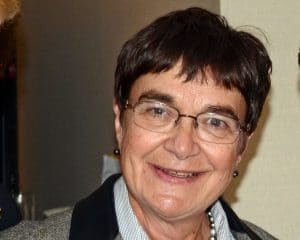 has received the New York City Bar Association’s prestigious Kathryn A. McDonald Award for excellence in service to the Family Court.

McDonald, for whom the award is named, was Administrative Judge of the New York City Family Court from 1986 to 1995, and was widely regarded as a tireless advocate for children and families.

Judge Hepner is the third retired judge to be recognized with this award, in part for her work to secure proper treatment of LGBTQ youth in the Family Courts. Sitting Family Court judges are not eligible to be nominated; since the award’s inception in 1998, only two other retired judges have received it.

Judge Hepner was first appointed to the Kings County Family Court in August 1990. She served as supervising judge for the Family Courts of Kings County and Richmond County from February of 2008 until her retirement in 2012.