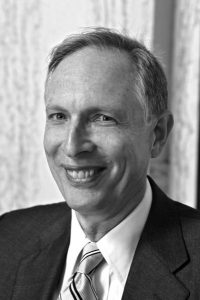 September 13, 2018 (Portland Tribune)—Justice Rives Kistler, who became the first openly LGBT state supreme court justice in the nation when he was appointed in 2003, will retire from the Oregon Supreme Court on December 31.

Kistler announced his retirement Monday, September 10, in a letter to Governor Kate Brown.

“I hope that, in my time as a judge, I have contributed to the development of the law by providing reasoned, practical and understandable opinions consistent with the limited role of the courts in our system of government,” Kistler said in a statement. “State courts have a direct impact on the lives of all Oregonians, and I am deeply grateful for the privilege of working with both the judges on Oregon’s appellate courts and the lawyers who appear in front of us in seeking to resolve the parties’ disputes by faithfully applying the statutes and constitution of this state.”

When Kistler was appointed to the state’s highest court by then Governor Ted Kulongoski, he had been a justice on the state appellate court for four years.

“Justice Kistler is a brilliant thinker who cares deeply about the law and the people it affects,” said Supreme Court Chief Justice Martha Walters. “Our court will miss his nuanced analysis and collegiality, and I will miss his laugh and his friendship. He is one of a kind.”

Before his judicial service, Kistler clerked for former U.S. Supreme Court Justice Lewis Powell, worked in private practice in Portland and served as an Oregon assistant attorney general specializing in appellate cases. He is a former vice-chairman of the Oregon Board of Bar Examiners and served on national work groups on criminal law, federalism and free speech.

Kistler, 69, of Portland, plans to serve as a senior judge after his retirement. Brown will appoint Kistler’s replacement. The deadline to apply for the appointment is October 1, and the appointee will be expected to begin service on January 1, 2019.