November 7, 2018—Texas Judge Steven Kirkland is the bearer of great news from the Lone Star State. “We added five new out LGBT judges, re-elected one, and promoted two others,” according to Judge Kirkland. “One of the promotions is Municipal Judge Charles Spain, who was elected to the intermediate appellate court in Houston—a first in Texas.” 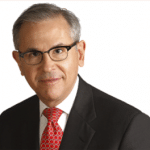 In a bit of not-so-great (yet still impressive) news regarding Judge Kirkland’s strong bid to make history by becoming a member of the State’s Supreme Court, he reported, “While I did not win, with 3,821,012 votes, I got more votes than any other LGBT candidate in the nation…and I get to keep a job that I love!”

As reported in Houston’s Out Smart Magazine:

In Houston, five openly LGBTQ judicial candidates won their races as part of a Democratic sweep of the state’s most populous county. After they are sworn in next year, Harris County will have a total of eight openly LGBTQ elected judges. That’s far more than any other county in the state, and perhaps the most in the nation. And it signals a remarkable transformation for a courthouse that has historically been extremely unfriendly to LGBTQ people.

Harris County judges Kelli Johnson, Daryl Moore and Steve Kirkland won their seats in 2016, and were not up for re-election this year. Openly LGBTQ Democrats Beau Miller, Jason Cox, Jim Kovach, Shannon Baldwin, and Jerry Simoneaux—who won races Tuesday—will join them on the bench in January.

Meanwhile, in a district that spans 10 counties including Harris, Houston Democrat Charles Spain defeated Republican incumbent Marc Brown for a seat on Texas’ 14th District Court of Appeals. Spain, who currently serves as an appointed municipal judge in Houston, will become the first openly LGBTQ appeals court justice in the state.

Congratulations to all the winners: